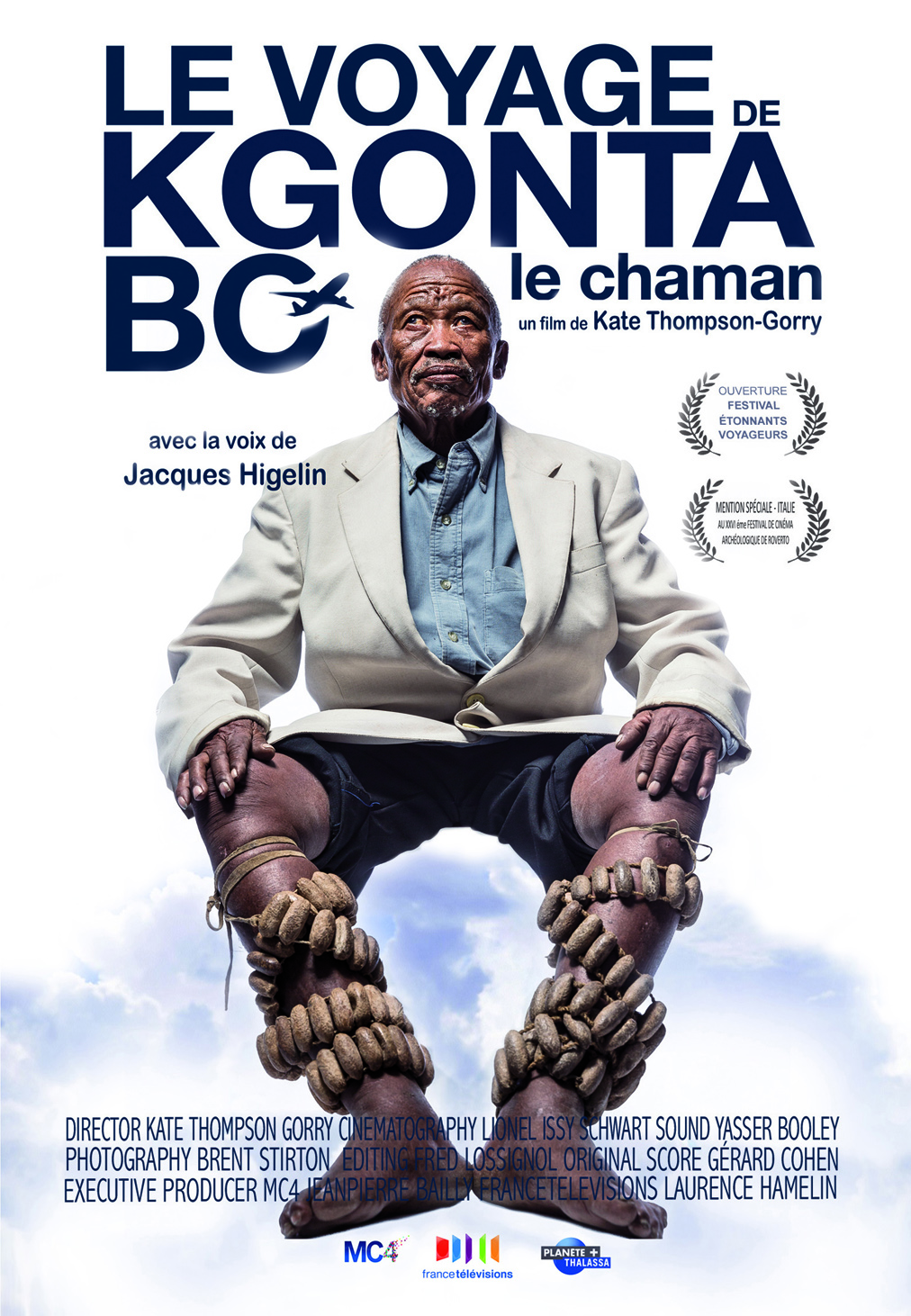 « « I went through the clouds and now I am just happy to have returned to my home ! ” says Kgonta Bo, the shaman healer from the Kalahari, Namibia, one of the most arid regions on the planet. Kgonta Bo’s generation is the last to have kept hold of the ancient secrets behind the ancestral practice of shamanism that the younger generations will no doubt, one day, end up abandoning for good. Their journey to Johannesburg will enable a team of scientists to protect that link. A film in the clouds and beyond. With the brilliant idea to have chosen for Kgonta Bo’s narration the French – and very shamanic – Jacques Higelin. »

Kgonta Bo, 79, is one of the last shamans of the Kalahari San Bushmen from North‐East Namibia. In turn village healer, soothsayer and storyteller, this delightful soon‐to-be greatgrandfather takes us on a unique adventure. For the first time in his life, he is to leave his traditional village to “fly through the clouds into the unknown, to the big city of Johannesburg”.

Ironically, it is in this modern and vibrant metropolis that Kgonta Bo, whose huntergatherer community is struggling in a difficult time of diminishing culture, comes face to face with his roots. Invited to Museum Africa by his friend Lucinda Backwell, a South African paleoanthropologist, to help identify and describe in click language an incomparable collection of 3,500 San artefacts, the shaman’s ancestral knowledge also sheds a new light on a 40,000 year‐old mystery and our common human past.

Narrated by Kgonta Bo himself, A Shaman’s Journey – The Last Elders is both a road movie and a family chronicle that offers an insider’s perspective on the anxious yet joyful entry into the 21st century of an endearing bushman family. 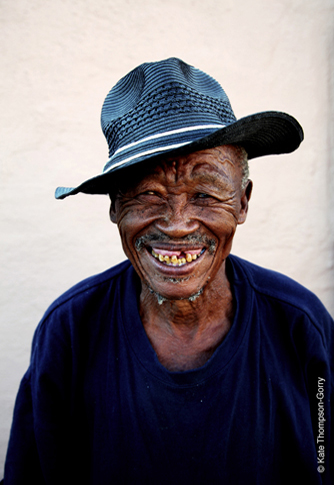 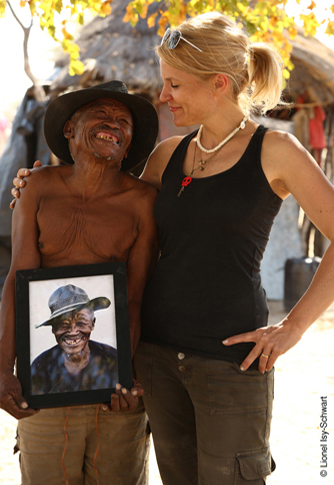 Prepping for this film took over two years during which I spent valuable time with the Kalahari San; of which the territory covers three countries ‐ Botswana, Namibia and South Africa. Over the course of my stays I took many photos and some portraits ‐ first on the Botswana side of the desert in November 2011 and July 2012, then in Namibia in December 2012. When I returned to Kgonta Bo’s village in April 2013 to finally start the shoot I had with me a set of framed portraits for Kgonta Bo, his daughter Gwaxan, his grand-son Debe, Chief Bobo, his son and Mama Joa. Kgonta Bo was so pleased and proud that he hung his from the branch of the tree, outside his hut, for the whole village to see. I hope to find it hanging there when I next return to their village.

And with the amical participation of singer Jacques Higelin 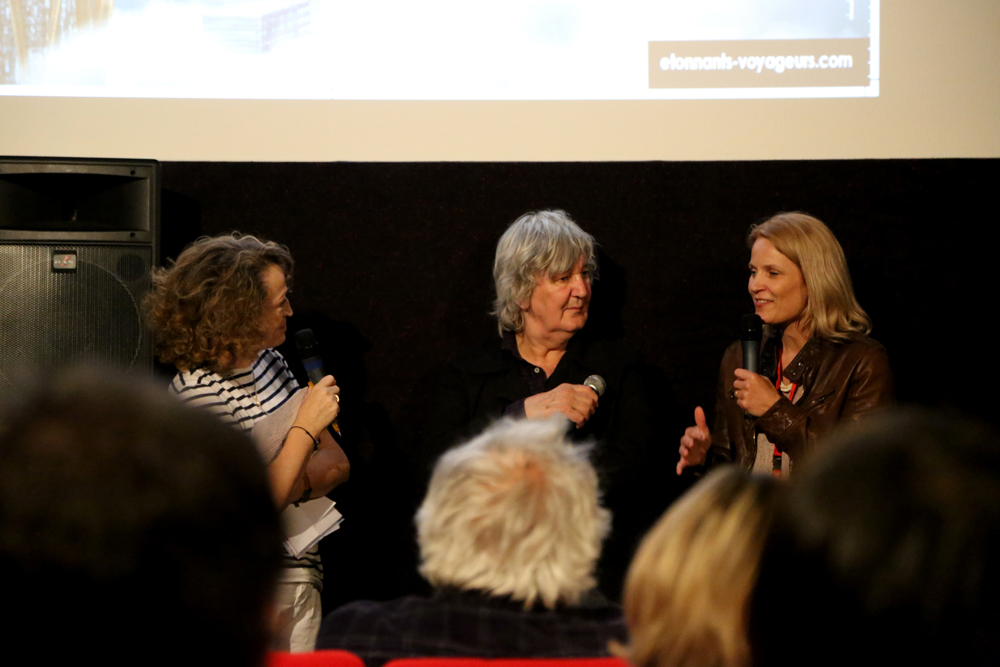 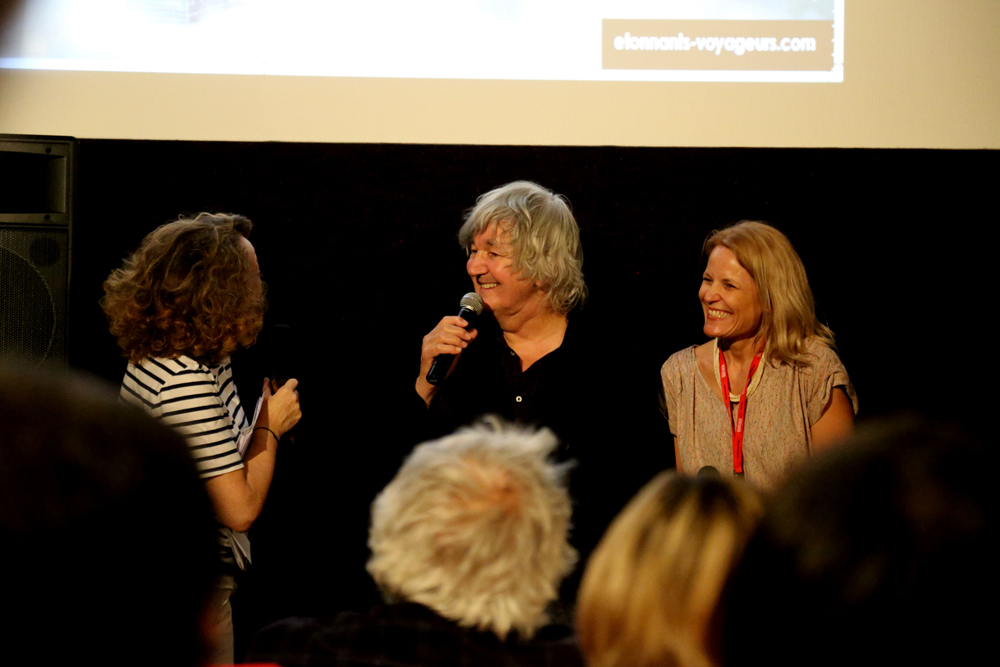