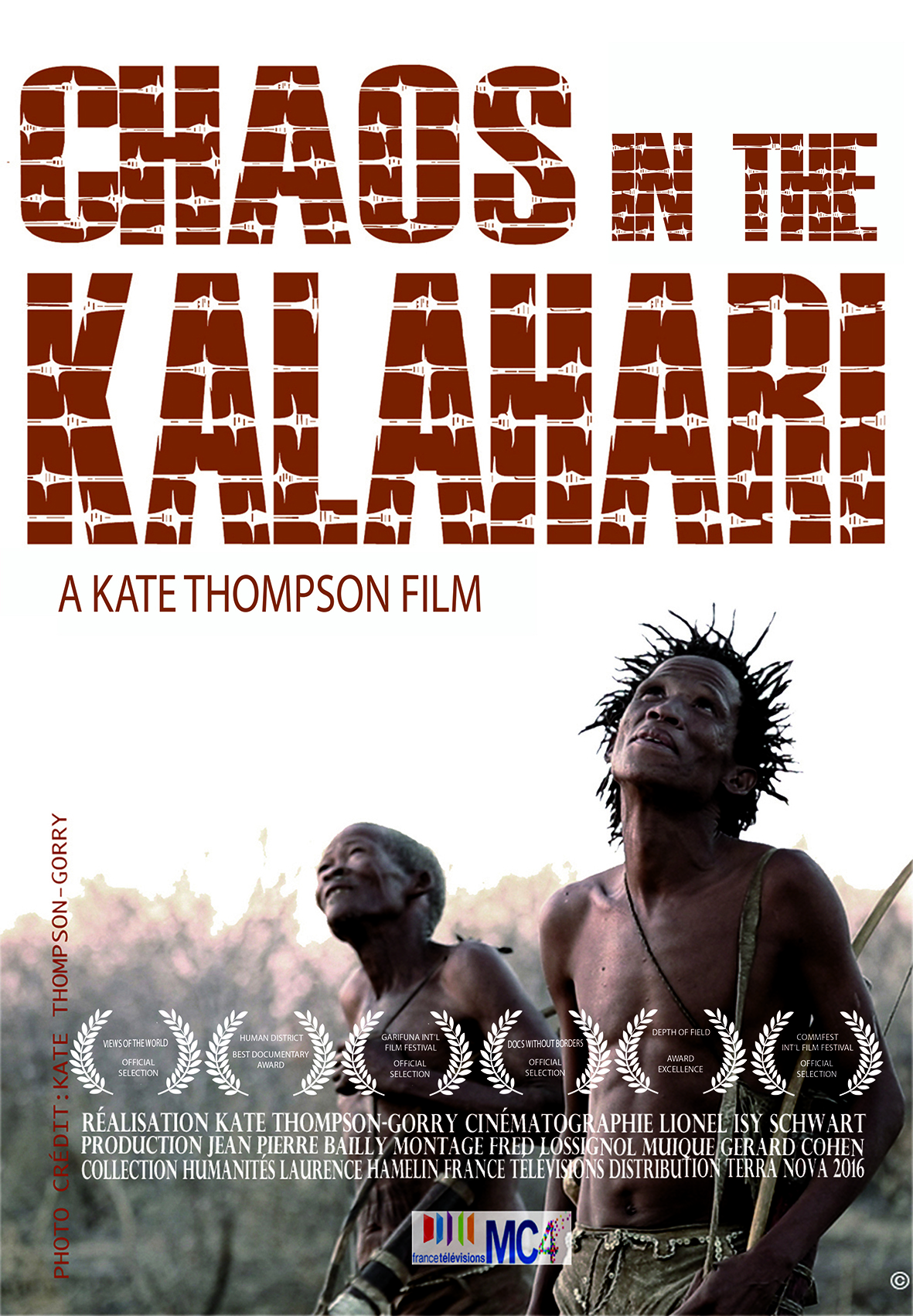 Written and directed by Kate Thompson‐Gorry

In the heart of the Kalahari Desert – “Land of the thirsty” to the San Bushmen – water is a precious and strategic resource. Considered the ‘first people’, the San have survived here, since time memorial, thanks to their ancestral knowledge of water conservation in ostrich eggs.

Bella, 43, is an enterprising and energetic woman of the San community. She opens for us the doors to her world and takes us to meet her uncle, Kayate, the village shaman, and her children, the pride of her heart. But fate seems set against her and her community. Their presence is unwanted and they are evicted from their ancestral land by depriving them of the very source of which existence depends, water. A drama whose ecological and cultural repercussions are as irreversible as universal: a silent genocide.

A few hundred kilometres from there lives another family of San. Debe, an excellent hunter and proud young father, perpetuates the traditions of his people under the kind eye of his great uncle, Chef Bobo, a wise old man who watches over the future of their community.

This documentary provides a rare insiders’ perspective into the lives of two families from the Kalahari San communities whose destinies unravel in dramatically different ways. With the exceptional testimonial of Jumanda Gakelebone, one of the last fighting for the San cause.